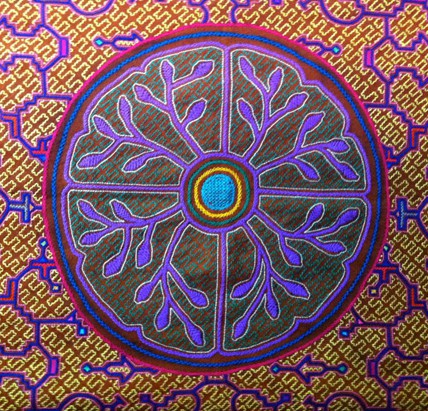 Over the three days of the full Moon in Aquarius a square between the Sun and Saturn is brought to a head and, with the exact mid point of this lunation, brings a dynamic balance and opportunity for release of the tension within that square.

The release of this energy is best served through vocalising and giving sonic form to its potential. It is a time for putting our words into action, for walking our talk. The ideal is to find the rhythm of the moment and let it take you where it will ~ let the power flow through you, but, be careful to keep a clear head! Here the hoof beats of this lunation’s wild horse energy find a balanced rhythm and the instinctive animal powers come into alignment with the human need for structure. For healers working with the drum this is a golden opportunity for making big medicine. The Aquarian Moon pulls on our collective connectivity.

The world view now sees a wider perspective unfolding more visibly. Now that the inflationary square between Mars and Jupiter has subsided we will notice the background emotional signature of the times more clearly and, within this, a sense of primary trends and ongoing changes within the collective will be more easily discernable. If you are of a mind to use that rhythmic power for global healing this is a good opportunity, but, again, following the call and paying attention to what pulls most deeply on your concerns in the world has precedent. Key amongst the reasons for this is the ongoing trine between Chiron and Saturn ~ this aspect has held good through much of this year and is keeping a spiritual focus for the application and pragmatic use of our deeper healing energies as an underlying presence at work in the background. Every major event in the world, as well as in our own lives, is an opportunity to make use of this energetic presence and now is a prime time to do so.

Uranus is also in a long held quincunx with Saturn, an aspect that asks us to work at reconciling the Uranian impulse for innovation and breaking from the past with the deep need for practical solutions and security that the problems of the present manifest in our lives. Many of those problems are themselves the result of the unresolved issues we have inherited from previous times, just as they also stem from persistant application of outmoded elements in traditions. The cognitive dissonance that arises from too rigid adherence to tradition is in the spotlight with this Sun Saturn square and this Moon in particular brings this into focus as a part of its underlying tension. It is a collective focus, being in Aquarius, one we are all a part of, which we can all feel to some degree. But, Saturn also indicates a stronger meaning at work as the ringed planet is now exactly opposite its August 1999 position when we saw a full solar eclipse in Leo. Saturn was also opposite Mars at that time and square to the Moons nodes – remember that last detail.

Saturn is a strong defender of tradition, of the cultural memory that lives on within us through its morphic resonance, but, all traditions must evolve, must embrace the change that is the essential dynamic of Nature and an intrinsic need of human cultural innovation, and, if we look back 15 years we find some revealing examples of the morphic resonance of the time.

This full Moon sees the Sun return to the same degree of the August 1999 full solar eclipse, an eclipse that was experienced by many millions and which preceded a pivotal moment in our current era.  It is essential we now bring light to the persistent shadow of that time. Take time to review what was transpiring in your life at that time.

Eclipses halmark the six month period following with their influences. Within that period, in the run up to YK2, for example, the world saw growing concern over the potential crash of the global computer network on the eve of the millenium. This stands as a good example of how our collective media driven emotional energies can be misdirected and manipulated, and, of course, nothing happened. It could, in fact, be justifiably labelled as a global false flag…..and, false flags are rife in our world right now, a favourite political strategy of the key players.

If the Scorpionic power of discernment and penetrating intensity, its ability to bestow stoic determination, is now being brought into concentrated Saturnian focus, this is one area of our collective lives where we can turn our healing attention at this full Moon. Clarity of perception, pattern recognition and fierce discernment can disarm, expose and defuse false flags, and, in the coming months this is going to be essential knowledge and skill, for us all. Petitioning the greater powers for help in developing these skills is in keeping with Uranus’ part of the bargain here as well, but, as a harbinger of higher awareness, the price for not paying attention will be high if we don’t!

Vladimir Putin replaced Boris Yeltsin during that six month eclipse shadow of 1999. Putin is very much a key player on the political stage right now, and his natal MC in Leo, closely conjunct natal Pluto, is being activated by this full Moon. He is also a Scorpio rising and his first house Venus is being given a warriors boost by transiting Mars, while Saturn is coming into exact opposition with his natal 7th house Jupiter. The wider embracing idealogy of his foreign policies is being challenged by both the broader and border issues of Ukraine, and the intrinsic role of the US within the Ukrainian government, while the media prefers to play blind to it,  will not have escaped his attention in respect of this. He is likely to be feeling emboldened in his moves now, but, he is a shrewd politican and, remaining strategically ahead in the political chess game between him and the US administration, neither side is far from immune to strategic deceptions and false flags…..plus, Saturn is currently applying in square to Putin’s lunar nodes, which, if you remember, was Saturns apsect to the nodes back in 1999 as well.

This will be a real test for him as a leader, how well he can manifest the innate skills he has in pursuit of ‘new ground’, and, with Pluto currently opposite the USA’s 8th house natal Sun the pressure is on both sides in this issue. Putin’s alliance with BRIC, the growing alternative to the hegemonic dollar based economy, brings his natal Venus into full play. Much that was seeded around the turn of the millenium is now finding its critical moment.

We know that the world is in major need of not only economic, but, political overhaul, that the ‘weaponisation of democracy’ is an unacceptable and contemptuous misuse of the power of the People in the pursuit of both by the powers that be.

For the people of Palestine and Israel this is a crunch issue……here the past is used as justification for action and as a defence, but, the deceptions are, once more, rife. This is a situation that must change……thousands are marching in the streets of many capitals at this time, including in London from where I am currently writing, to see that change become a reality. Here too we can join with that movement and bring our focus and healing to bear in breaking with the past and its destructive patterning.

With Mars currently approaching Saturn this aspect of the current lunation sees this current issue in particular coming to a head and the conjunction becomes exact at new Moon. But, more on that and the wider environmental issues, Fukushima not withstanding, in the next post.

The second half of 1999 also saw major earthquakes, many claiming significant loss of lives. The cycle of extreme weather that we now see accelerating has its solar roots at this time, a time where the solar minimum saw more sunspot activity than our present solar maximum. Many of these environmental events are deeply affected by the state of our Sun……but, while the Sun in Leo is leading by example, in a manner of speaking, we could take this opportunity to allow the solar/lunar heart beat of our planet to speak through us at this full Moon.

Where-ever we turn our attention over the coming days, we have a powerful opportunity now to work with the cosmos and bring the potential healing power of change present within the matrix into manifestation here on Earth. May our voices be strong and our prayers be answered…… 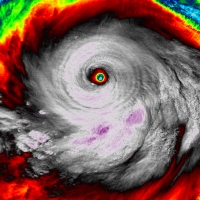