In Italo Calvino’s original retelling of the tale of Orpheus and Eurydice, ‘The Other Eurydice’, Italo turns the Plutonic world on its head, the case for the ‘real world’ being defined not by the events, beings and nature belonging to the planet’s surface, but by life beneath the crust and mantle; Hades’ realm.

Here, the core of the planet is itself the originating source of reality, out of which all things are dreamed and emerge into existence, and which of itself constitutes the most earthly cosmological essence of the planet’s own nature.

And here, Hades (Pluto’s greek incarnation) dreams of descending, quite literally, ever deeper into the splendour and elemental beauty of this original nature, towards ‘the source’, the Earth’s core. His dream is to bring into reality vast crystalline cities, self generating metropolis, both machine like and organic, what Calvino describes as a ‘living-body-city-machine’.

Through the fulfilment of his dreams, Hades will provide complete oneness and inclusivity of all aspects of life, from core and dream, to surface and realities lived. This would be a place filled with tectonic presence and Earth music, the foundational vibrations of earthly existence. Within it are the ancient seeds of a unified consciousness.

But, crucial to his dreaming is Hades/Pluto’s passionate need to share of this journey to wholeness with his beloved partner, Eurydice; here, it is Calvino’s genius to reverse the role of Orpheus, into ‘abductor’ of the Underworld queen, for that is who Eurydice is in this telling.

Taking advantage of Eurydice’s thirst for ascendant experience, for liminality and flight amidst the inner elements and their higher vibrations, during one of her ascendant flights Orpheus snatches her from the mouth of a volcano, under Pluto’s very nose.

She is bewitched by the sweet poison tipped darts of Orpheus’ musical vibrations, and while she is Hades/Pluto’s muse, his divine reflection towards wholeness, Orpheus infamous enchantments are the stings in this scorpionic tale, scintillating the air realms with their magic. For the surface realms, in this rewriting of the myth, are literally extra-terrestrial, alienated from Earth’s, and Pluto/Hades core, earth informed reality.

Eurydice, having been drawn out of the realms of her faithful partner Hades, is truly out of her element, but, being enraptured, her cries are harmonised by Orpheus into an ineluctable enchantment that keeps her transfixed in the liminal realm between the upper and lower worlds, and here we find Orpheus’ shadow nature revealed; beneath the mask of healer and beguiler, he is mercurial, the arch trickster, and caster of dubious spells.

Orpheus’ is a maverick consciousness wreaking magic that, under tutelage of the Sky gods, seeks its own ends, out of kilter with the telluric, underworld monism that Pluto/Hades knows to emanate from the very heart of the planet’s soul.

Calvino’s inventive reversal of the roles serves to mirror our own assumptions, and our place in relation to the archetypal forces of this world duly falls into question, our own susceptibility to the glamours of the surface world suspect, displaced even. What is held to be true, now? How, in fact, do we extricate ourselves from the trivial deliria of surface life.

This is a good place to remind ourselves, also, that Pluto’s journey through tropical Capricorn began in late January of 2008, and, after fourteen years of pressurised intense upturning, exposure and scrutiny of our surface world, Italo Calvino’s vision of ‘The Other Eurydice’ holds an uncanny resonance.

We are at the endgame of this long transit, Pluto edging into the final degrees of the cardinal earth sign – and here, it is worth noting, our eyes tell us a different story, for if we look to the heart of the constellation Capricorn, right now we will not find Pluto there, but, Saturn. Reflect on this a moment too, especially as the new Moon on Jan 31st/Feb 1st falls in waxing conjunction with Saturn. This is, truly, a moment for reflection, of the kind that precedes, and seeds, action….

…..consigned to the reality of his beloved’s abduction, but unable to endure the dream of establishing unity throughout the Earth in building his crystalline worlds of utter beauty and slow tectonic power without Eurydice at his side, Hades erupts into the world in volcanic fury and molten passion in search of her.

Humans perish, become ash, magma effigies, shadows of soot in his path, until he finds her, pulled towards her song, yet unable to yield her from Orpheus’ enchantment; Hades/Pluto merely glimpses Eurydice, at that moment unveiling the restless vista and future cacophony of a surface world gone to pot and ruin at human hands, before she is magicked away, gone, an echo amid the madness.

Hades retreats, and our convulsing world rumbles on in his wake, churning itself deeper into disarray , swallowing human lives whole, while Hades unfulfilled plutonic dreams remain; where there could have been a unified world of beauty beyond all knowing brought to life, a turbulent undercurrent to life lived out on the surface, in search of beauty itself.

How ironic. And fitting, that, in our times, where so much that has been brought to the surface echoes, like Eurydice’s song, a rich mixture of pain of separation and ecstatic thirst for the release from gravity which ‘enchantment’ brings, that Pluto now enters those final degrees of cardinal Earth, before himself emerging into the air realms, in search of his divine other, and wholeness.

Perhaps. Just, perhaps, there is something of an echo back from a future we are about to enter here – this new Moon is certainly a threshold, into something which will see passion about our future begin to balance out, and overtake, eventually, the stranglehold of (what we know to be) a retrospectively engineered vision under which we have been struggling these past two years, if not decades, or centuries, and we are about to find a way to resolve this dilemma, for good.

It is a theme we know all too well, the search for completion through the divine, the other to the self, made holy.

An Aquarian dream , perhaps, that leads towards the Piscean dissolution of boundaries, and eventual return to source. The sacred undertaking, upon being forsaken by the sky bound deities, themselves having failed to complete on the sacred pacts carried with and by their own creations, is left to humans, of rebuilding the world, in their own image. The thirst for a world engulfing self replicating metropolis, which equalises all need and longing…..or, perhaps ”you will own nothing, and be happy”.

We live within the midst of a long suffered monistic fracturing and fragmentation, at the core of a crisis of spiritual growth, in which we are charged with the undertaking of unlearning, learning anew ‘how to learn’, and relearning, that will ultimately see our mental and energetic spheres reunited and our ability to do magic on Earth replaced by the innate ability to ‘be’ magic. This much is already begun, but, how do we nurture the process?

We will have the heat turned up on this question, see for ourselves how to be released from the unhealthy grip of prevalent madnesses, through this next year, a possible real turning point being indicated in this process in six months, on August 1st, when Mars, Uranus and the Moon’s north node meet in exact conjunction, in the 19th degree of tropical Taurus….but, how much of the rewriting of our story is up to us?

As Mercury comes to station direct, close on Pluto’s degree, this is the time to ask, to seek out our core passions and let their resonance have their way with us – if we are to learn, and learn anew, we must first experience, let ourselves be moved by their energy, and do so with a purpose.

From mid February to mid March Venus and Mars will travel within a degree of each other, from Capricorn into tropical Aquarius, Venus in her Earth warrior guise, Mars her masculine counterpart, and their duel energies will challenge to unite as allies within ourselves this fierce energy.

For now, listen in, be aware of what moves you, its energetic signature, feel for its source, and be ready, but, while you let that inner pressure build, that pushes new life into existence from within, learn first from its own feeling nature, so that, when the time comes, you will be ready to speak its own language fluently, consciously, and with a purpose.

image : from John Neumeier’s staging of Gluck’s opera ‘Orpheus and Eurydice’, by the LA Opera in 2018. 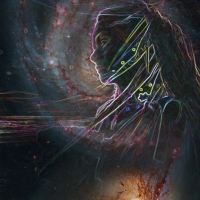