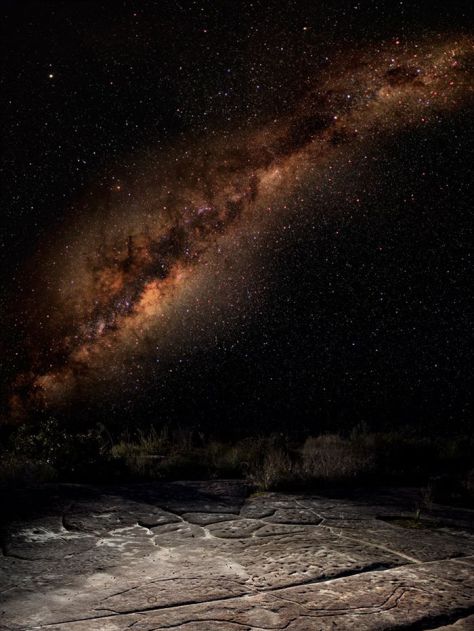 Fire-root, the one legged protector of shamans, holds the Moon in his hand and sings, his voice, the sound of the bullroarer, spinning stars from the dark belly of his wife, Star-Womb, into the burls and spinning knots of his body and powerful leg. He stands as the great tree around which the Sun swings at solstice, the time when the friction of his root in the firmament creates the sparks of the First Fire, spiralling in a double helix through the plenum as He rekindles its flame.

He is the father of the sun-spirit, the one who makes weather and whose reach extends from pole to pole.

His name is heard from pole to pole, in a thousand forms, each a link word in an eternal chant that echoes across the starry field of the star mother’s belly, reverberating in waves that push and pull, creating time in the mind of her star seeds, opening and closing as ages pulse through eons, cyclic songs given to the medicine women and taught through Luna.

Luna, in his hand but a grandchild, herself an ancient grandmother, turns and rests her head against Mula, the ‘root’ star, and herself swings around the shoulder of Fire-root, reborn. Mula carries the memory of memory, the serpent fire of the mind held deep in matter, connecting with the base chakra, and holds its powerful medicines, protected, in the sting of the Scorpion. Below the serpents coils She dwells and augers the solar seed.

The augeries are told, this will be the time in which ‘renewal itself is renewed’, the tree of stars, the shaman’s thunderbolt, the fire drill of creation, will turn together and stir within the deepest places, within the Dreaming Star Womb;  She says…….’Awaken your dream body, look to your dreams’, for Her star-seeds are the stuff we, and they, are made of……

In the traditions of indigenous peoples world-wide this figure is recognised, the pivotal being around whose axis time spirals, who dwells in the Dark River, the heart of our Milky Way galaxy, and who oversees the birth of the solar year, as our own Sun is reborn crossing this place in the celestial realms. This river is the womb from which stars are birthed, known as ‘Emu Woman’ amongst original peoples of the Australasian continent – She has been carved into the stone, just as She appears in the height of summer in those lands, at the Emu’s egg laying time.

Amongst the same people, He is known as Daramulum. He consorts with Her, as our Sun crosses Her belly above the stars in the sting of the constellation Scorpius, amidst the cloud of stellar dust that forms the Dark River. We are born from, made from, the dust of stars – and, the Waters are born there, just as, at the heart of our Earth, the star fire core creates the indigenous terrestrail waters of the deep aquifers.

The star Mula, known amongst the north African star seers as Shaula, whose name carries the same root meaning of ‘root’ itself, augers the power of the Seer, the one who sees with other eyes. This is the same mula we find in the Muladhara chakra, ‘root-support’ and echoes the pivotal role of the pillar of sacred fire within the human subtle energy body, the Sushumna, spiralled around by the Ida and Pingala.

In the northern traditions he comes down to us via Heimdallr, He who keeps watch for Ragnarök and is known for seeding the divine within the consciousness of humanity – He is also known as Rig, and Vindlér amongst the northern peoples, the praiser and singer, the wind bringer, who is blessed with great foresight and whose breath carries divine knowledge when given form in song and verse. 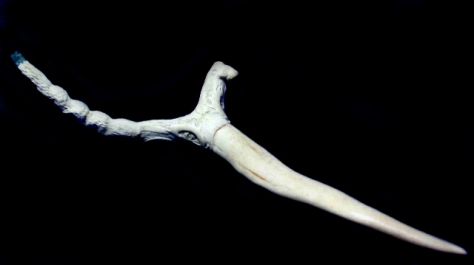 The Rigveda, whose first verse sings praises of Agni, the fire bringer and solar deity, carries the same etymological root, ‘praise-knowledge’. And, amongst Indian mythologies the ‘one legged’ is known as Ekapada, the one legged goat, the correlation of Capricorn, the bringer of primordial matter, fire, soul and power of the Cosmos, the serpent fire.

He carries the thunderbolt, the Vajra, the electric root of manifestation and change. He reaches back through time and is echoed in the shaman’s staff, the one legged wand of power, topped with the animal form of the spirit who is the ally of the shaman, known to us from Palaeolithic times.

The augeries of this time call the seers and healers to summon their gift, to journey in spirit to the ninth realm, the highest point upon the world tree, mirrored in its roots through the spinning of fate and destiny, to connect with the powers that bring the highest wisdom to their practice and call up the root power of their own path, to seek wisdom from the source for a new time ahead. Such is the symbolism carried into the iconography of the undying tree crowned with the star, which is also known in the west through the ‘christmas tree’.

The new lunation is begun in harmony with the new solar cycle. Fertile darkness within fertile darkness, this is a time of birthing mystery from within mystery, and seeding the earth plane, the middle world, with a renewed vigour. It requires great discipline and clarity of mind for this undertaking to bear fruit……garner this power now, shed all that does not serve this greater purpose, for, upon the return of the Sun, its power will begin to work in the world. Great things can be accomplished with such guidance…..

It is exemplified in the words of the shamans of the Sierra Nevada who, as the solar cycle neared its turning point, sent this message to the world : 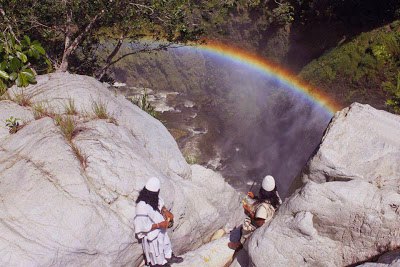 “Blessings all, a powerful message has been delivered in Australia during the past 72 hours from the People of the Earth, The Sierra Nevada. (Shamans of Columbia who have never lost their ancient connection to the Earth, and still live in complete harmony with nature and each other.)
Their message in essence is that “now is the time to fully commit to the restoration of our Earth.” 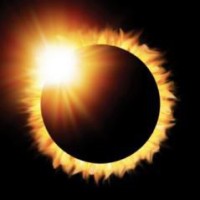